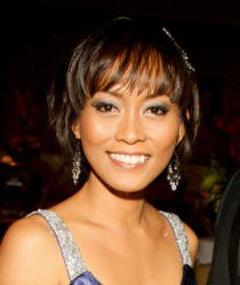 Born in Jakarta, Indonesia Fawny was introduced to music as a young child. She grew up singing both favorite Indonesian and American songs.

In the fall of 2009 Fawny became inspired by and received vocal coaching from Posi-Music Award Winning artists Jan Garrett and JD Martin. Fawny says "their uplifting music of positive messages inspired me to sing professionally. I knew at that moment that I wanted make a difference by entertaining people through music."

In 2011 Fawny was asked to sing at a downtown Ft Myers event called Inspiration-2011 which featured guest speaker from the hit movie "The Secret" Reverend Michael Beckwith.

Fawny also performed in the musical "The Wedding of Jack & Jill" and she was also featured in the Cape Coral "Earth Concert" in 2010.

Fawny attended Borobudur University in Jakarta, Indonesia where she majored in foreign languages. She and her husband previously owned and operated a sign and graphics business in Cape Coral which they sold several years ago so Fawny could focus full time on her professional singing career.